Today’s the day! Serpent’s Bane, the third book in the Snakesblood Saga, is out now.

You can get your copy on Kindle or in Kindle Unlimited–the print edition is available through Amazon, Barnes and Noble, Books-a-Million, and most other booksellers worldwide, and pretty soon, they’ll be available directly from me, too! 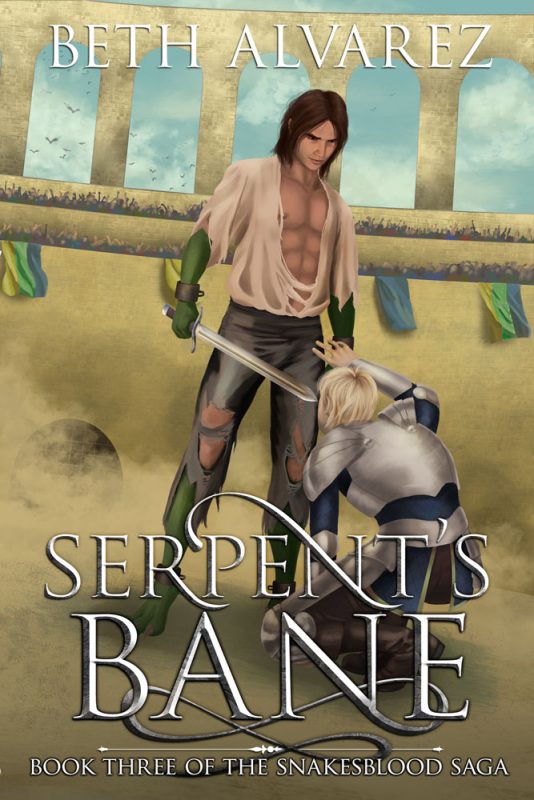 Driven from his home by the war he couldn’t tame, Rune finds himself faced with two choices: serve the foreign land he’s imprisoned in, or die in arena combat. Desperate to return to the island’s aid, he’s willing to fight his fate until an unexpected ally promises the one thing Rune desires most—the chance to finally lift his curse.

As the fractures in Kirban Temple begin to heal, the promise of unity brings a new threat and draws simmering tensions to a new eruption. Without the Underling king at her side to quell it, Firal is forced to act alone—and fight the countless hands that pull the strings in effort to steal control of the island.

The adventure continues in Serpent’s Bane, the third book in the Snakesblood Saga.