One morning, when the first whisper of fall filled the air, and I was still struggling to get past the lingering cough that Covid had planted in my chest, I brewed a cup of Tranquility tea from Independence Coffee Company and sat out on my new back patio to drink it. 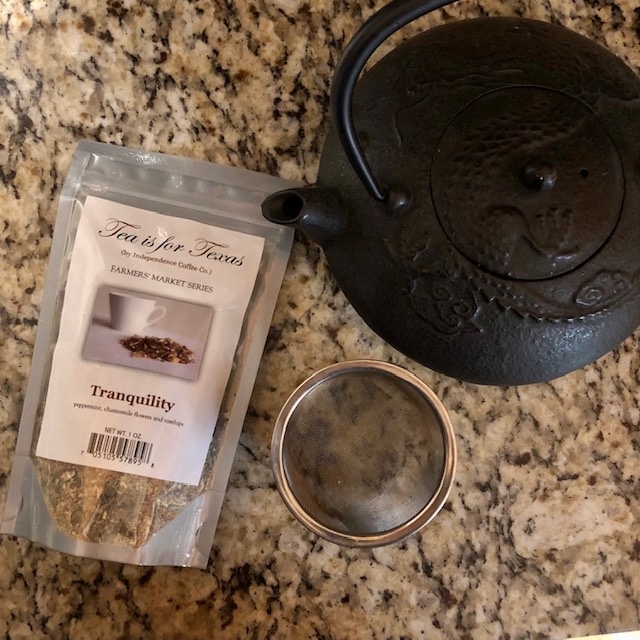 The first thing I noticed when I opened this tea for the first time was how aesthetically pleasing it was, filled with generous amounts of whole chamomile flowers and large pieces of rose hips. Despite the showy floral inclusions, I couldn’t smell anything but peppermint. That didn’t change after brewing, but there was definitely more to the taste than mint.

The first time I brewed it, I thought I might have let it steep too long, because it had a bit of a bitter aftertaste. However, I later decided this was just one of the issues I have with chamomile, and one of the reasons I’ve often struggled to find good chamomile blends. It’s a little too medicinal for me. After I added some honey to the mix, though, the flavor profile changed a lot.

The rose hips gave a lovely and mild floral-but-fruity tang, while the honey helped level out the typical tartness that sometimes makes rose hips overpowering. The chamomile was greatly subdued with sweetener, a soothing herbal element in the background, while peppermint still played a forefront role. Overall, once the honey was in the cup, it became a nice combination between berry-floral and minty, and honestly, probably my favorite use of rose hips I’ve encountered. It also made me think this tea might be tasty for a cool down in the summer if served chilled, which I may try on some warm afternoon in the future.

Overall, it was pleasant and served its purpose well, but I think it still ranks behind the other peppermint blend I tried from Independence Coffee Company, which I reviewed here.

Maybe that will change if it proves a real winner for an herbal iced blend?

Get a free story! 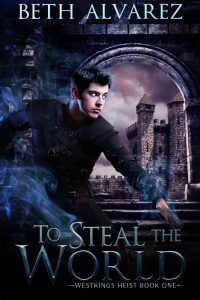 Award-winning author Beth Alvarez specializes in fantasy and paranormal stories. As a child, J.R.R. Tolkien’s The Hobbit was the first book she read on her own…